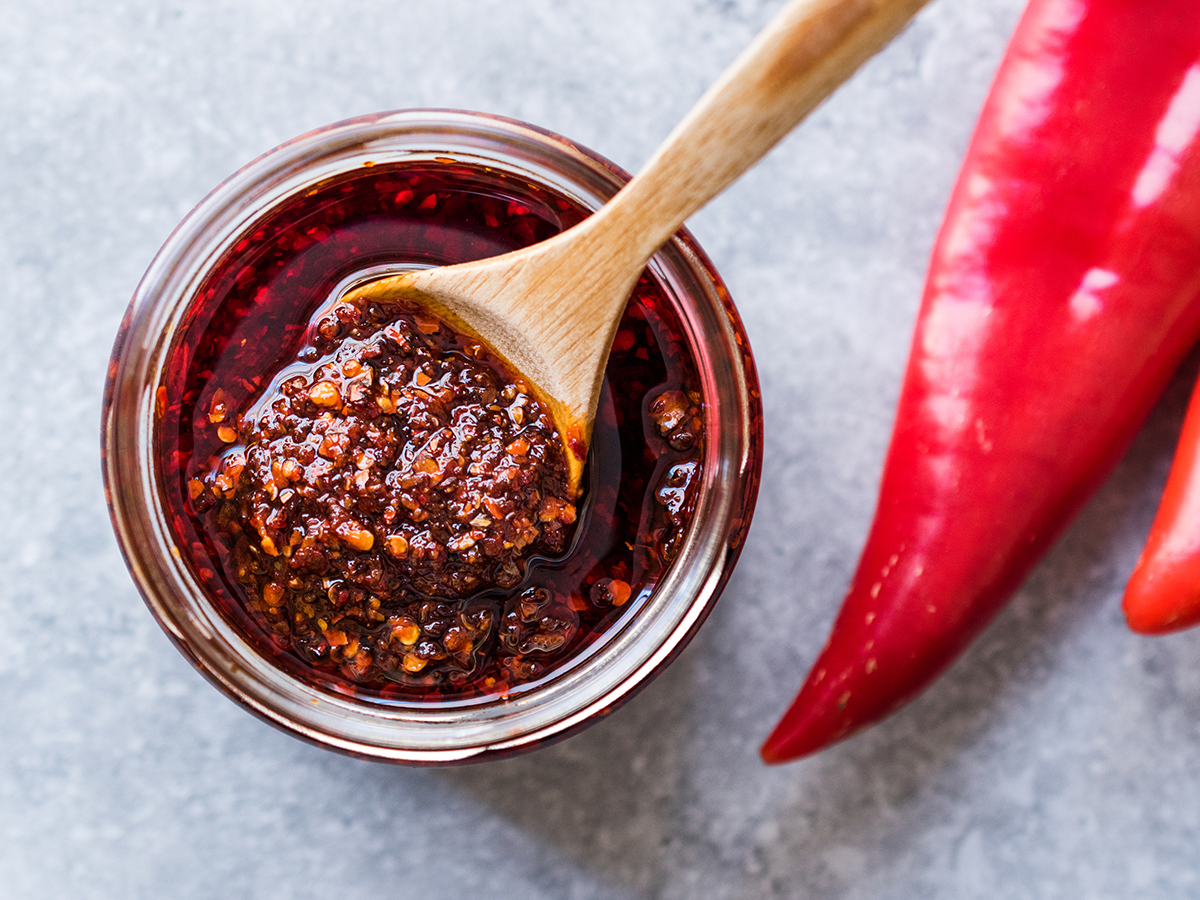 As the distance in time between chef table exploration and retail shelf launches continues to erode, the speed at which trends evolve has picked up. With the advancements in technology, our world is shrinking daily, bringing different cultures into the spotlight. This only helps intensify consumers’ desire for exploration into ethnic cuisines. Yesterday’s exotic flavors are becoming mainstream and increasingly inviting to younger consumers in the Millennial and I-Gen categories.

When looking for the next up-and-coming cuisine or exciting new culinary trend, Asenzya® turns to the intersection of what restaurant chefs are excited about and what consumers are looking for. Most recently, this has led us to Latin BBQ, a flavor-rich area ripe for consumer exploration. Keep in mind, Latin cuisines are in the early stages of adaptation in America. By keeping it simple with base introduction flavors, we’ve found Latin BBQ can be a safe and profitable culinary exploration for consumers everywhere!

MEXICAN AND LATIN FOOD IS POPULAR WITH CONSUMERS
This data by Mintel shows Mexican is the second leading ethnic cuisine by choice with Hispanic (Latin) rounding it out at number six. The fact that these two combined would place Latin profiles as the top choice for global cuisine is quite significant. 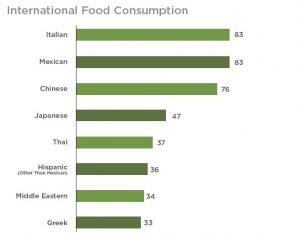 GROWTH OF AUTHENTIC ETHNIC CUISINE AT RESTAURANT LEVEL IN THE U.S.
According to the National Restaurant Association, Latin flavor profiles are trending with American Culinary Federation registered chefs. Nearly half of them are looking to add Latin American flavors to their menus. 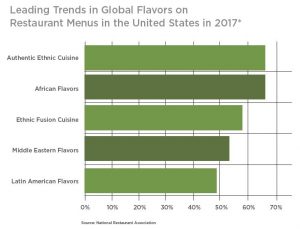 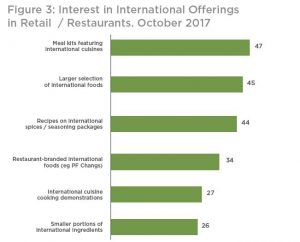 CONSUMERS ARE SEARCHING FOR LATIN CUISINE
Latin cuisine has gained in popularity in web searches over the past 10 years in America. This GoogleTrends data shows increasing interest in exploring the flavors available in this category. 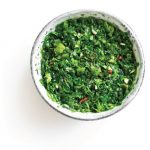 Chimichurri / CHEE-meh-chew-REEH /
COUNTRY OF ORIGIN: Argentina
OTHER NAMES: Chimichurri salsa and Argentinian chimichurri
INGREDIENTS: Parsley, onion, garlic, olive oil, pepper or pepper flakes, salt, black pepper, vinegar and lime juice
FLAVOR PROFILE: Green, grassy, tangy and acidic flavor with low-to-mild heat and a sharp garlic taste
COOKING PROCESS: This is a sauce that doesn’t require cooking. The ingredients are finely chopped, mixed together and served fresh.
SERVED: This sauce is served with grilled meats, like beef. It is most often served at parrilladas, Latin, or Argentinian barbecues. It also is applied as a marinade for poultry like chicken and seafood, and as a dressing for salads.
INFORMATION: Differences between chimichurris do exist, however, most will contain the same components described above with simple variations in the quantities. Parrilladas, or barbecues in Argentina, traditionally consist of a mix of grilled meats varying from different beef cuts, like tira de asado (sliced short rib), bife de chorizo (sirloin rump steak) and vacio (flank steak with a layer of fat). These are cooked over direct low heat for long periods of time.

Molho’ A’ Campanha / MOLE-HO / ah / cam-pa-NAH /
COUNTRY OF ORIGIN: Brazil
OTHER NAMES: Brazilian salsa, Brazilian vinaigrette, Brazilian pico de gallo, and Brazilian country sauce
INGREDIENTS: Green pepper, red pepper, yellow pepper, tomato, onion, parsley, red wine vinegar, vegetable oil, salt and black pepper
FLAVOR PROFILE: A fresh tomate with green, floral flavor with slight acidic and tangy notes
COOKING PROCESS: Like chimichurri, this is a fresh sauce that doesn’t require cooking. The ingredients are diced, mixed together and served fresh.
SERVED: Molho’ a’ campanha is served as an accompaniment to picanha, a specialty Brazilian roast made using the sirloin. It is also served alongside a churrasco, which is a Brazilian platter of grilled, mixed meat. Molho’ a’ campanha goes well with grilled chicken as well.
INFORMATION: Picanha (Pea-con-yah) is a spit roast top sirloin with an outer layer of fat that wraps the meat. While the meat is cooked in the spit-roaster oven, the fat begins basting the meat during the cooking process. The meat is seasoned only with coarse salt prior cooking. In some cases, fresh, ground back paper is added. Because of the similar use of ingredients, molho’ a’ campanha is often referred to as the Brazilian pico de gallo. An important differentiation is that molho’ a’ campanha has no spicy heat level and is tangy with a hint of tartness.

Pebr / PEH-breh /
COUNTRY OF ORIGIN: Chile
OTHER NAMES: Chilean salsa, Chilean cilantro salsa and salsa pebre
INGREDIENTS: Chili pepper, cilantro, onion, tomato, vinegar and garlic
FLAVOR PROFILE: Fresh, herbal and green
COOKING PROCESS: This sauce also doesn’t require cooking. The ingredients are chopped, mixed together and served fresh.
SERVED: Pebr is served with bread as an appetizer before the asado, a Chilean term for grilled meat. It also accompanies other appetizers, carne (beef) a la brasa, chicken asado, and on asado meats as well.
INFORMATION: A las brasa is a BBQ cooking method where the heat is all from firewood. Pebre is probably the most common condiment in Chile. It is served with most meals, sandwiches, and especially BBQ.

Aji Verde / A-hee / ver-DEH /
COUNTRY OF ORIGIN: Peru
OTHER NAMES: Salsa de aji verde, salsa peruana verde and salsa verde
INGREDIENTS: Jalapeno pepper, cilantro, garlic, onion, Huacatay (Peruvian mint herb), aji amarillo (chili pepper), lime, parmesan, olive oi, mayonnaise, salt and black pepper
FLAVOR PROFILE: Fresh, herbal, green and creamy flavor along with a nutty taste
COOKING PROCESS: This is a fresh sauce that doesn’t require cooking. The ingredients are combined and pureed until smooth.
SERVED: Most serve aji verde with one of Peru’s most popular dishes, “the pollo asado a la brasa,” or grilled chicken over firewood. It also is served with grilled meat called asados.
INFORMATION: Asado is the term for grilled meats, and used as a reference to a platter of mixed, grilled meats. Huacatay is often referred to as black mint. It’s an herb that is native to Peru and Bolivia, and it carries sweet, acid and mint flavor characteristics. Aji amarillo is a Peruvian yellow pepper with a Scoville heat unit of 30,000-50,000.

Mojo Criollo Cubano / moh-HO / cree-OH-JOH / KUH-ba-NOH /
COUNTRY OF ORIGIN: Cuba
OTHER NAMES: Cuban mojo crollo
INGREDIENTS: Seville orange, garlic, oregano, cumin and black pepper
FLAVOR PROFILE: A pungent garlic, sour, citric flavor with a slightly grassy herbal taste and fatty mouth feel
COOKING PROCESS: This sauce is pureed and poured over the meat to marinade for 24 hours.
SERVED: Mojo criollo Cubano is served as a marinade for Cuban lechon asado (grilled pork) and as a dressing for salads and boiled yuca, a woody shrub native to South America.
INFORMATION: It is made with Seville orange juice, a sour orange found in the region but, often replaced with lime juice, vinegar and sweet oranges in other regions. Mojo criollo Cubano means Cuban  reole sauce. The flavor profile is primarily dominant in garlic and sour orange juice.

Pibil / PEEH-BEAL /
COUNTRY OF ORIGIN: Mexico
OTHER NAMES: Marinada pibil, adobo pibil and Oaxaca barbecue
INGREDIENTS: Annatto paste, Seville orange juice, habanero pepper, dried red peppers like Guajillo and New Mexico, garlic, salt, black pepper, coriander, allspice and cloves
FLAVOR PROFILE: A sour, acidic, spicy flavor with a hint of savory notes
COOKING PROCESS: Being a marinade, this is a sauce that is pureed and poured over the meat to marinade for 24 hours.
SERVED: Used on Mexico’s Yucatán Peninsula, “cochinita pibil” is a BBQ style of pork.
INFORMATION: Traditionally pibil is made with Seville orange juice. This is a sour orange found in the Seville region, but is often replaced with lime juice, vinegar and sweet oranges in other regions. The cooking of the meat depends on the authenticity of the process. Authentic cochinita pibil is cooked wrapped in banana leaves inside a pan in covered, wood fire pit. Many of the modern cooking methods may still wrap the meat in banana leaves but substitute the authentic dirt pit for a conventional oven.

Picante / PEEH-cahn-TEH /
COUNTRY OF ORIGIN: Puerto Rico
OTHER NAMES: Pique criollo and pique puertorriqueño
INGREDIENTS: Vinegar, oil, hot chili peppers, herbs, garlic and sugar
FLAVOR PROFILE: Acidic, spicy, sweet and savory
COOKING PROCESS: There is a slight fermentation period with this sauce. It is not a blended sauce, but rather you add all the ingredients together, leaving the peppers and other ingredients whole and hold at ambient temperature for anywhere from two days to two weeks.
SERVED: Picante is served with all meals, but particularly with grilled pork and other meats.
INFORMATION: Picante, or pique, is a national staple in most Puerto Rican homes. There are as many versions for Pique as there are cooks. Due to the many recipes, this sauce is not easily defined by a single recipe. Picante is the main sauce for the Lechoneras, small open-air pork restaurants in the mountains of Puerto Rico. It is served at every table as a condiment for their roast pork.

Jamaican Jerk / ‘jərk /
COUNTRY OF ORIGIN: Jamaica
OTHER NAMES: Jerk marinade, jerk seasoning and Jamaican BBQ
INGREDIENTS: Scallions, onion, Scotch bonnet, ginger, garlic, thyme, allspice, salt, black pepper, vegetable oil, vinegar and lime juice
FLAVOR PROFILE: Spicy, sweet heat with dominant brown spice notes
COOKING PROCESS: This is a sauce that is pureed and poured over the meat to marinade for 24 hours.
SERVED: Jamaican jerk is served on chicken, seafood and pork as a marinade and glaze.
INFORMATION: Jerk is a process in which the meat is smoked or cooked at very low temperatures for long periods of time. Authentically, the meat is cooked over a lattice of pimento (allspice) wood.

The increase in Latin flavor profiles on restaurant menus and the desire for more authentic ethnic profiles show how these Latin BBQ flavors have so much to offer the American consumer. They are familiar and exciting at the same time. The deep rich flavors are consumers’ passport to new culinary adventures without ever having to leave the house.

If you have any questions or just want to talk trends with Asenzya’s® team of professionals, please feel free to contact us. We will help you take your taste buds to the unknown.

SIGN UP TO RECEIVE ALL FUTURE TRENDS IN FLAVOR 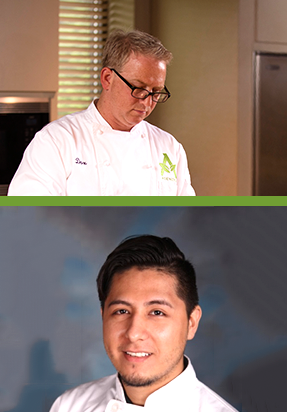 Mauricio is a culinary professional that has over 9 years experience in the food industry. His background and knowledge comes from Manufacturing, R&D and Culinary. With his role as a Sous Chef, he co-develops and executes innovative concepts that help Asenzya stay on top of emerging hot trends.