From Aged to Artisan: The Many Varieties of Cheese 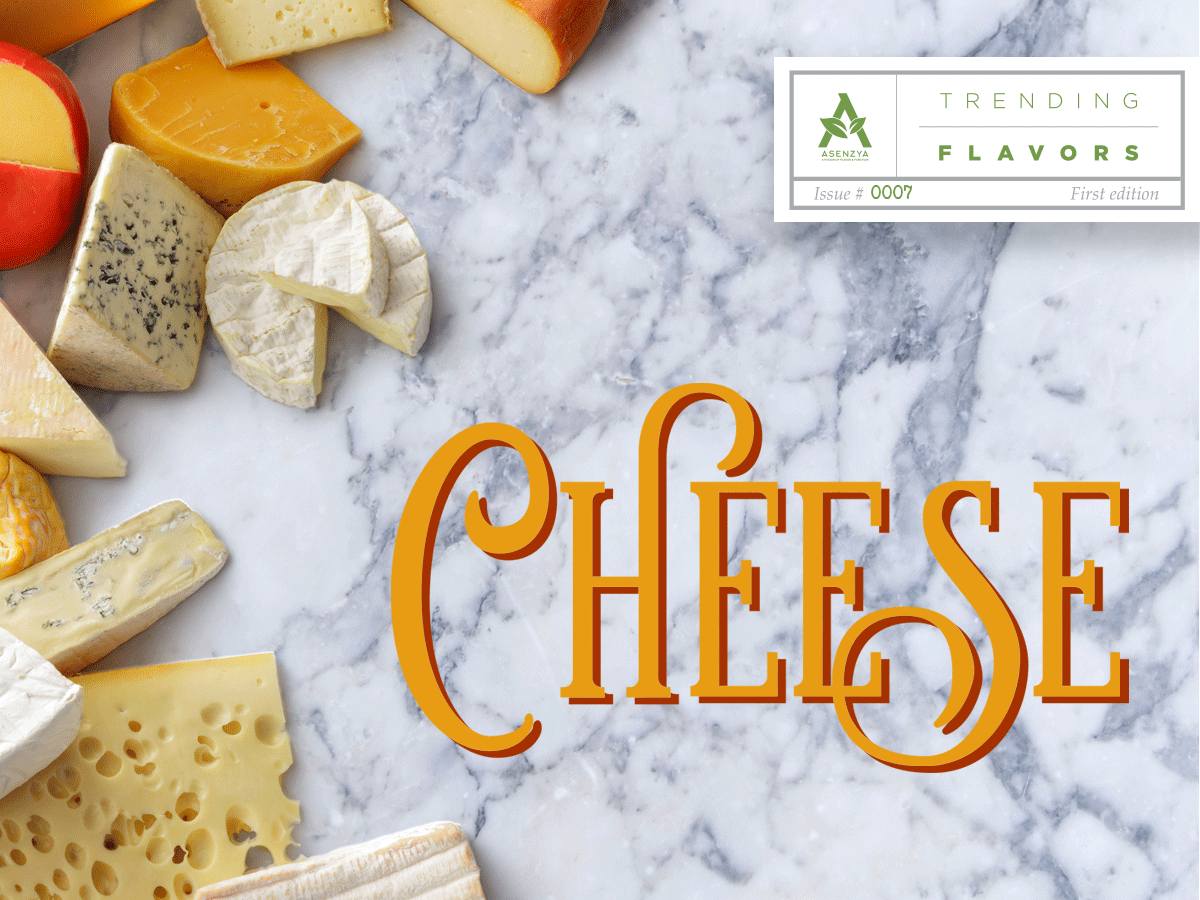 Next up in our Trending Flavors series is cheese. Today where the hottest culinary trends or the newest ingredients grab the headlines, the base cheese varietals can be easily overlooked. With so many incredible new ingredients and recent acceptance of ethnic culinary trends now available to chefs, we sometimes forget the true enticement and comfort power the main varietals of cheese have with our customers.

The popularity and star power of cheese on a menu has quietly but steadily grown over the years, and as American consumption continues to increase year-over-year it is a category that should not be taken for granted. When paired with exotic ingredients or used in ethnic dishes, the basic cheese varietal acts as a safe exploration bridge, helping to combine the known and trusted with the world of new flavors.

Base cheese varietals can also be used in a supporting role and elevate a dish to a premium status. With so many categories and sub categories inside the broader cheese genus, the base varietal cheeses are truly a versatile category ripe for exploration. US Cheese Production by variety INFORMATION: Its historical roots trace back to the Netherlands where it is named after the city from which it originated.

MILK SOURCE: Cow is the primary source in the U.S., but traditionally it was made using water bu alo milk, and any milk may be used and still use the name.

FLAVOR: Salty, sharp and with distinctive tang from the bleu veins.

INFORMATION: Bleu cheeses are ripened with cultures of the mold Penicillium.

FLAVOR: Rich and creamy, can vary from mild to sharp.

INFORMATION: It is the most popular and produced cheese in the world.

VARIETAL NATIONAL ORIGIN: Switzerland (Emmental), but the “Swiss” cheese we are familiar with was developed in the United States.

FLAVOR: Nutty with a slight sweet and salty flavor.

INFORMATION: The distinctive holes are formed from trapped gas released by bacteria during the cheese making process.

INFORMATION: Considered to be the King of Italian cheeses.

INFORMATION: It was traditionally made with goat’s milk, but has since changed to cow’s milk.

With a nearly 40 percent increase per capita over 25 years it is clear that cheese has not only stood the test of time, but also gained an almost star-like quality. With such a widespread comfort factor that shows no signs of slowing down anytime in the foreseeable future, cheese may be the ultimate safe bridge for American consumers wanting to explore new recipes while still having a safety net. With its amazing savory notes, cheese can also play a supporting role or act in a flavor-building role adding depth to dishes, product lines, or menus. Even though it has been around for centuries, cheese is still as relevant as ever, and an ingredient that resonates with today’s consumers.