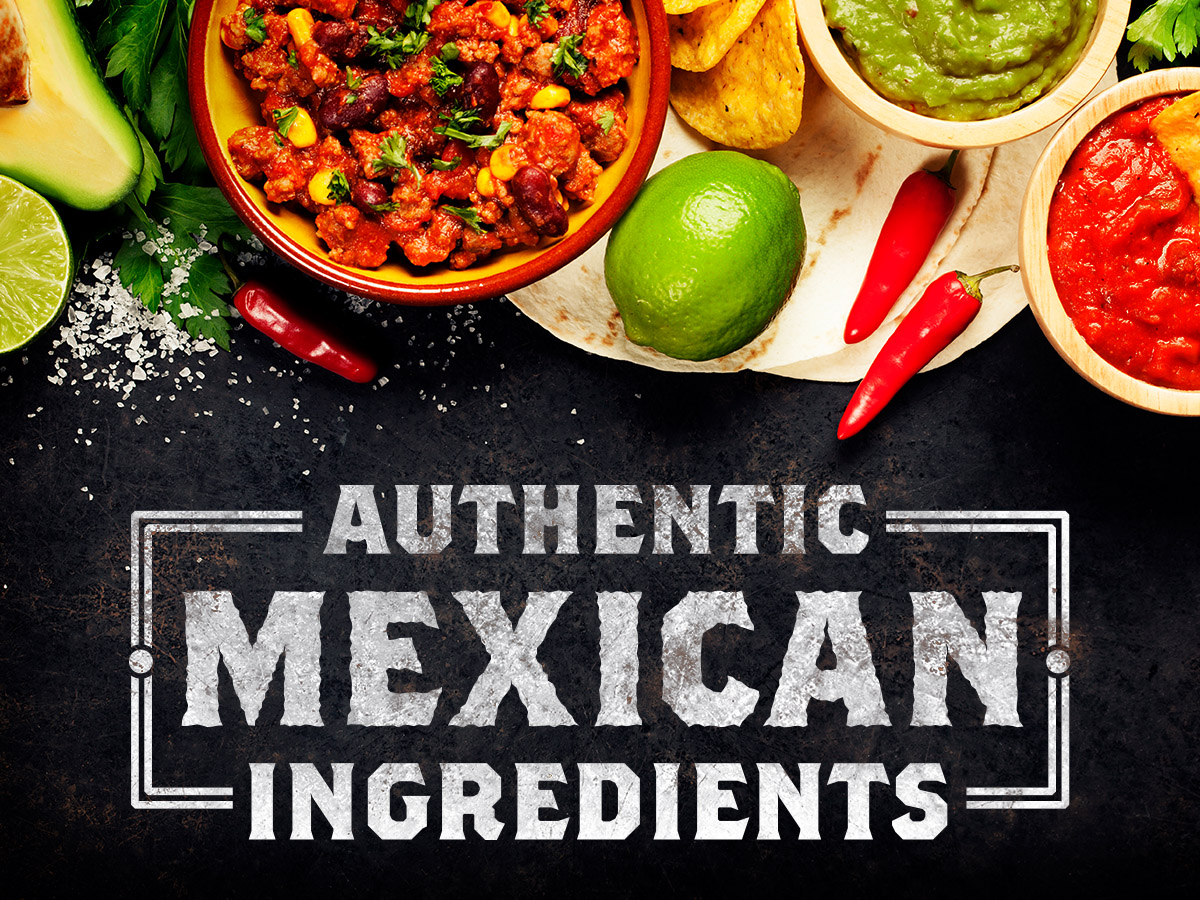 Mexican food no longer tops the list of must-visit ethnic restaurants in the United States. Is that because we don’t crave the cuisine? Studies suggest that we do crave it; in fact, we crave it so much it has become a comfort food in the U.S., and we no longer consider it ethnic or foreign. We have embraced the Hispanic culture and welcomed the many and diverse Mexican ingredients as our own. When we see chorizo on the menu, we assume it’s the authentic Mexican style. A dish like tamales does not carry the descriptor “Mexican” to denote its origins. The simple taco is almost as much an American food as it a Mexican one.

Amercians are more educated about Mexican customs, ingredients and dishes, this enables a deeper interest into true, authentic offerings, opening the door for many new possibilities of fusion. Mexican food at its root is a simple yet flavorful cuisine that bases its dishes off of a few key ingredients that are versatile and approachable for the typical American consumer. The United States Hispanic population has grown significantly over the past four decades. The Hispanic population is a large percentage of the United states total population. Mexican cuisine is considered American comfort food and is the only ethnic cusine on the list. The U.S. as a country have claimed it as its own. source: Harris Poll. Over 2,200 U.S. adults were asked, “What’s the number one ‘dee-lectable’ that makes your mouth water when you’re feeling blue?” NOTES: This grain is native to what had been Mesoamerica, which covered central Mexico to Costa Rica. During ancient times, Mesoamericans used a process called nixtamalization to soften maize (corn) and make masa (dough). The process consisted in boiling the grain in water with calcium hydroxide to soften it and allow for better grounding. This method also helps you digest the grain better and enhances the nutritional value of maíze. Nixtamalization is still used today, as is maíze. The grain is very popular in Mexico and used in any shape or form in or along with most dishes. Maíze is a great example of an authentic Mexican ingredient, whether ground up as masa or just simply boiled on the cob.

PROFILE: Flavors found in the maíze are lightly sweet, musty, slight rancid, grainy and chalky. The texture is crisp and chewy.

USES: Mexican dishes and drinks made with maize include: NOTES: Xocolatl, “the food of the gods,” or chocolate as we know it, was discovered by the Mayans and Aztecs. It is a drink consisting of fermenting, drying, toasting and then grinding the cacao bean to make a paste-like form. The paste is then heated with water, vanilla and chili peppers to make the drink. Xocolatl was a bitter drink that was said to give energy and endurance to whomever drank it. After the drink was introduced to Europe, sugar was added to balance out the bitterness and that’s where it became the sweet we know today as chocolate. In Mexico, chocolate has won its place in every kitchen pantry because it’s used in most moles, a traditional Mexican dish.

PROFILE: The roast level of the cacao bean affects the flavor profile of chocolate. A low roast gives it an acidic nutty cacoa flavor while a high roast leads to a burnt bitter cacoa flavor. Additional ingredients can be added to create more distinct flavors, such as: nutty, spicy, floral, fruity, earthy, caramel-like and vegetative. The texture can be a crunch with a buttery feel as it starts to disintegrate when exposed to high temperatures.

USES: Mexican dishes and drinks made with chocolate include: NOTES: Mayans and Aztecs used vainilla (vanilla), and it was one of the primary ingredients to make “the Food of the Gods,” chocolate. Its natural aroma and flavor helped smooth the bitterness of the chocolate.

USES: Mexican dishes and drinks made with vainilla include: NOTES: Ají picante (Chili peppers) are another great ingredient used by the indigenous people of Mexico before the discovery of the Americas. Today it can be found all over the world, but in Mexico it is a vital ingredient found in almost every authentic dish. Ranging from sweet to extremely hot, these peppers come in all colors, shapes and sizes. They can be found fresh, dried, pickled or as an ingredient in marinade.

USES: Mexican dishes and drinks made with Ají picante include:

NOTES: The jitomate (tomato) was used by the Mesoamerican natives. The jitomate is an ingredient that can be found on most Mexican tables today. It can be different shapes and colors and is eaten straight from the vine or used in various methods of cooking.

PROFILE: A wide range of flavors can be found in jitomate: acidic/sour, sweet, fresh, bitter, green underripe and overripe. The texture is meaty and seedy.

USES: Mexican dishes and drinks made with jitomate include: NOTES: The tomato and tomatillo not only share the same history, but also some strong characteristics in flavor, shape and color. The difference is that a tomatillo grows wrapped in a cascara or husk. The tomatillo is much more acidic and in some varieties sweeter than the tomato. Tomatillo is used mostly in green sauces, which helps give it that natural green color.

USES: Mexican dishes made with tomatillo include: NOTES: Another great ingredient that has been used for centuries since the Aztecs and the Mayans is the frijol (bean). Frijoles come in different colors that vary by regions. The northern Mexican states use more of the lighter frijoles like the Peruvian and judía pinta (pinto bean). The flor de mayo (purple and beige beans) is popular in the central states. The southern states incorporate more of the frijoles negro (black beans). Frijoles can be served as a side dish or as an entrée, whole, smashed, refried and refried along with fried jalapeños or a red chili sauce.

PROFILE: The flavor characteristics of the frijol are sweet, metallic, sulfurous, musty, with a slight burnt taste. The texture is starchy and cardboard-like.

USES: Mexican dishes made with frijoles include: NOTES: The ahuacatl (avocado) is an ancient ingredient native to southcentral Mexico. Mexico is the world’s largest producer of the fruit, with the state of Michoacan making the largest contribution. An ahuacatl can be served alone or as a complement to a dish.

PROFILE: The flavor characteristics of the ahuacatl are fruity, herbal and fresh. Its texture is creamy, smooth, with a buttery feel.

USES: Mexican dishes made with ahuacatl include: NOTES: With an unknown origin, the nopal is another great authentic ingredient used in the Mexican cuisine. This cactus is abundant across the country, found in mercados or in the wild. Both the nopal pads and tuna (nopal fruit) are edible raw or cooked. Nopal and tuna are covered with spines that must be properly removed prior to eating. The pads can be found raw, canned, pickled and ground. The tuna is sweet and has a texture similar to a kiwi, but very seedy. The nopal is also one of Mexico’s patriotic symbols found on the coat of arms and the flag.

USES: Mexican dishes and drinks made with nopal include:

NOTES: With origins from the eastern Mediterranean and the Middle East, cilantro (cilantro) has found a home in Mexico. It belongs to the parsley family and is often an ingredient that comes to mind when you think of Mexican food. It brings a leafy, fresh aroma to the table and is mostly used raw as a complement on the dishes.

PROFILE: Flavors found in cilantro are pungent, grassy, bitter, fresh, metallic and citric. The texture is leafy and crisp.

USES: Mexican dishes made with cilantro include: NOTES: Comino (cumin) is an ingredient brought to the Americas during the Spanish excursions. It belongs to the parsley family and it is used all over Mexico. It is often in red and green salsas, sopas, tamales, tacos and flauta fillings. Found as a whole seed, toasted or grounded, comino is a signature ingredient in Mexican cuisine.

PROFILE: The flavors found in comino are earthy, nutty, spicy and bitter with a floral hint. The texture is dry and chalky.

USES: Mexican dishes made with comino include: NOTES: Orégano mexicano (Mexican oregano) is another key ingredient in the Mexican flavor profile. This is a different plant than the Mediterranean oregano commonly kept in home spice racks. Orégano mexicano is used fresh, dried or ground. Due to its pungent citric flavor, the spice is commonly paired with chiles, paprika and comino to help balance the flavors.

PROFILE: The orégano mexicano flavor is bitter, sweet, earthy, peppery, pungent and citrusy. The texture is leafy, green and grassy.

USES: Mexican dishes made with orégano mexicano include:

Authentic Mexican cuisine is not complex but inviting and comforting. Americans consider it our own cuisine after years of adoption, and crave more about this cuisine than what is currently embedded into our food culture. Using a regional Mexican specialty or flavor profile for your next project is not only a safe culinary exploration, but could also be a potential workhorse for any line that needs a little excitement or breath of fresh air. 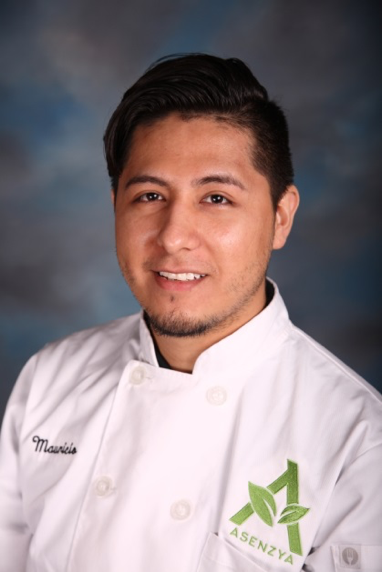 
Mauricio is a culinary professional that has over 12 years experience in the food industry. His background and knowledge comes from Manufacturing, R&D and Culinary. With his role as a Sous Chef, he co-develops and executes innovative concepts that help Asenzya stay on top of emerging hot trends.