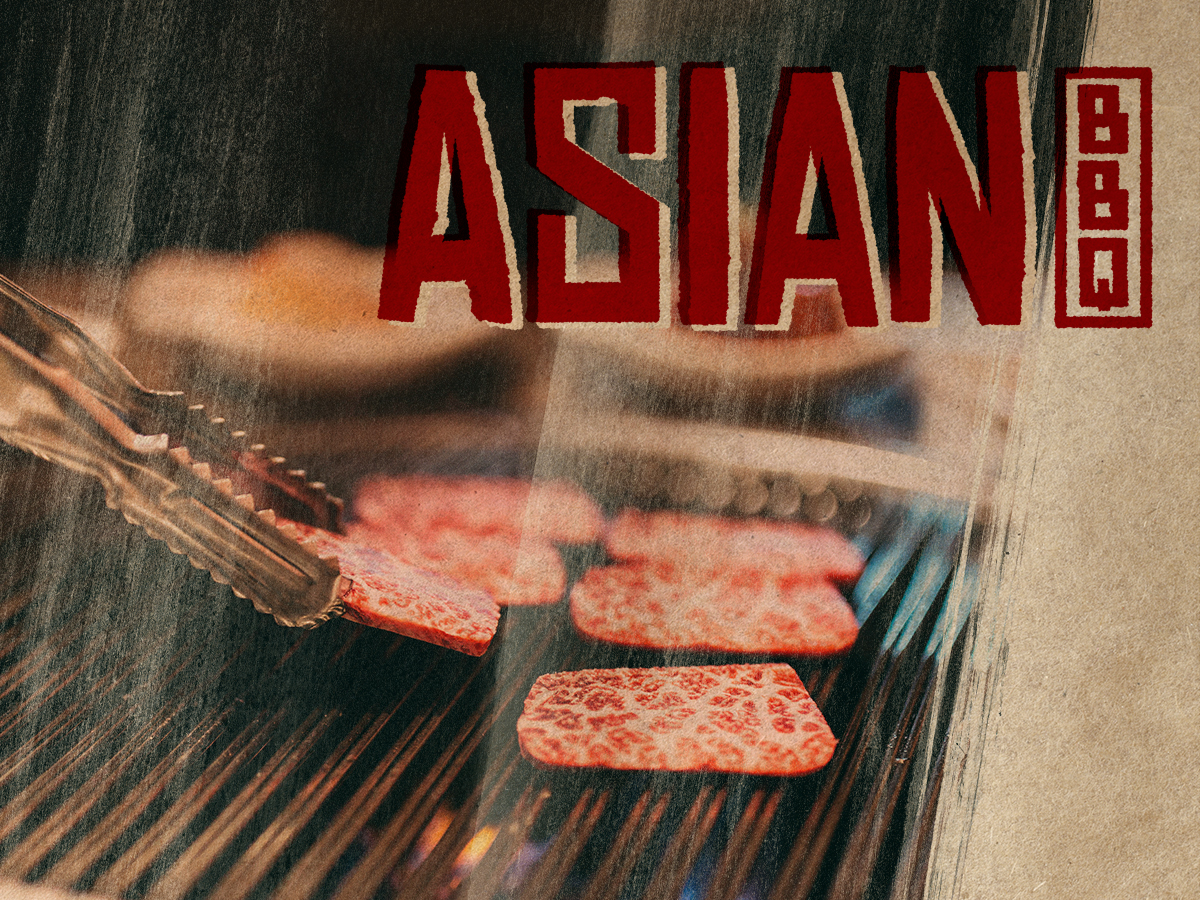 Asian BBQ is a big departure from the backyard slow-cooking BBQ we grew up with in America. The flavors are exciting, some of it is slow roasted, while others are cooked right at the table. Most often Asian BBQ can be characterized by small pieces of meat that have been marinated for hours, which act as a flavor enhancer and tenderizer, then is grilled over intense heat. The different regions and profiles of this part of the world share characteristics – they employ a savory, sweet and a slight heat balance, none overpowering the other. The marination process is also a common characteristic, with few outliers saving the sauce for the end of the cooking process.

Recent culinary trends show that Americans are in love with new ethnic flavors, and in particular, Asian profiles. It’s evident in the popularity of new Asian fast food chains and the insurgence of Asian ingredients on our traditional grocery shelves. Combine this fascination with Asian cuisine and the data showing Americans are actively seeking savory, meaty and sweet ethnic products, a clear argument can be made that Asian BBQ may be an easy win for any product line from snacks to sausages.

DRIVERS FOR MENU ITEMS WITH NEW AND UNIQUE FLAVORS, SAUCES, AND SEASONINGS Source: Mintel
Base: 1,967 internet users aged 18+ who have purchased food from a restaurant in the past month.

Americans are looking for specific combinations of flavors to be built on each other – flavor layering, so to speak. These flavors often describe Asian BBQ.

“When purchasing or eating international food, what flavors do you seek out?” TOTAL US RETAIL SALES AND FORECAST OF INTERNATIONAL FOODS, BY SEGMENT.

Global-inspired food has been and will continue to be on the rise. Asian products in particular, while still behind Hispanic foods, show stronger growth both past and future. This upward trend indicates there is a lot more room and acceptance for new Asian-inspired products. SAUCE: Sauce is the marinade.

COOKING PROCESS: Marinated beef is cooked tableside or on a metal plate over a burner. Often pieces of onions or cloves of garlic are cooked with it for added flavor.

SERVED: Often served with doenjang (soy bean paste) and lettuce pieces to be used as a wrap. Sides of banchans such as kimchi or shredded pickled vegetables are customary.

Bulgogi is often served as the main course or as a part of dishes such as bibimbap. COOKING PROCESS: The short ribs are slow oven-roasted then grilled over high heat, or slow grilled over an open fire.

SERVED: Traditionally found on a hot platter over raw onions that cook as the plate cools. SAUCE: A mixture of sesame oil and kosher salt is placed in small, personal bowls at the table for the meat to be seasoned with.

COOKING PROCESS: Marinated beef is cooked tableside, on a grill or over a burner.

SERVED: Raw on a platter. Often accompanied by doenjang (soy bean paste) and lettuce pieces to be used as a wrap. Sides of banchans such as kimchi or shredded pickled vegetables are customary. SAUCE: Sauce is the marinade.

COOKING PROCESS: The short ribs are slow oven-roasted then grilled over high heat, or slow grilled over an open fire.

SERVED: Served over roasted onions on a hot platter. SAUCE: The generous amounts of marinade acts as the sauce.

COOKING PROCESS: Cooked in a pot, stone bowl or pan either tableside or in the kitchen. The meat cooks in the marinade with other ingredients, almost like a thick stew.

SERVED: Served in the cooking vessel with lettuce leaves and banchans (Korean condiments). MEAT: Pork – the cuts can vary, but the main ones include pork loin, pork belly, pork butt and pork fat.

SAUCE: The marinade is brushed on during the cooking process to produce a thick glaze. Other common sauces served with it include XO sauce and hoisin sauce.

COOKING PROCESS: It’s normally slow roasted and smoked on a hook over a fire. This is the most closely related to American BBQ style of all the Asian BBQ methods.

SERVED: Sliced with rice, noodles or on steamed buns. SAUCE: No sauce, the marinade acts as what little sauce is present.

COOKING PROCESS: Marinated beef is cooked table side or on a metal plate over a burner. Often pieces of onions or cloves of garlic are cooked with it for added flavor. MEAT: Traditionally chicken, but can be pork or beef as well.

SERVED: Considered Thai street food and is served on the skewer to the public. FLAVOR PROFILE: Dairy base with citrus and garam masala notes.

COOKING PROCESS: It is traditionally skewered and cooked in a  high-heat  clay oven known as a tandoori. It is also made in a standard oven, roasted, then finished on grill or cooked completely over a slow grill.

SERVED: Served on a platter with limes.

While there is excitement around the exploration of Asian BBQ, as developers we also need to be mindful of how we present it. From the earlier charts, Americans say they are open to safe exploration of global flavors, but we have a responsibility to go before them, find those great flavors and then make it approachable. A prime example is that while bulgogi as a flavor profile may be very well accepted, the name can scare the average consumer away. But, put that same dish in front of the same group and tell them it is Korean BBQ, the acceptance rate will go up drastically. Remember our job is not only to find the next dish, but to also clear the path so consumers can approach it easily as well.