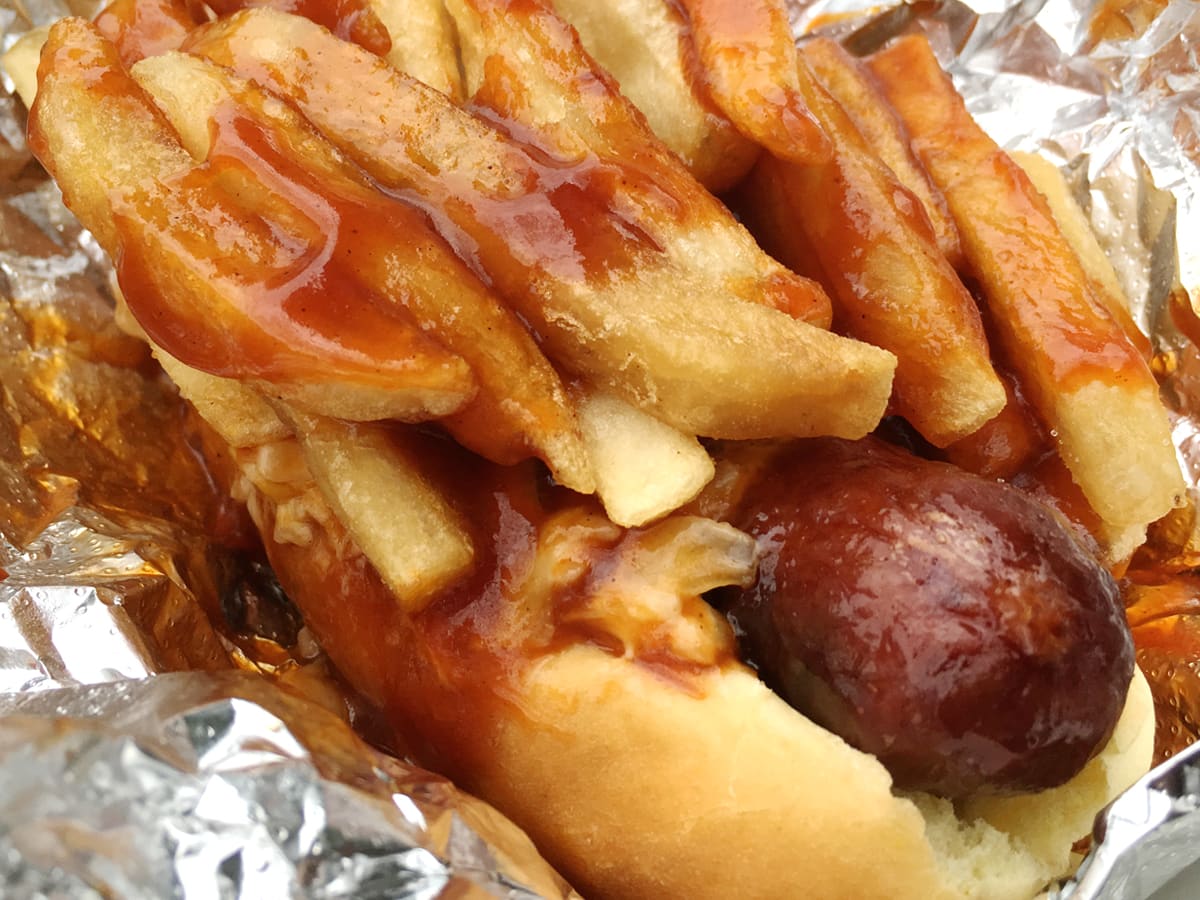 Have you heard of the classic Cleveland sandwich, the Polish Boy? Cleveland may not be the most exciting city to investigate new culinary scenes, but there’s a lot here to explore, understand and yes, love! One of these items is the unique Cleveland Polish Boy sandwich.

What is a Polish Boy? It’s a tasty meal beloved by its city and has been referred to as the unofficial blue-collar sandwich of Cleveland. Written about by food magazines as the best meal you never heard of, it’s called “soul on white” and defies categorization. It’s basically a food version of Frankenstein’s monster, borrowing different parts from other sandwiches and dishes piled into one handheld mass. There is no plate required, although a plate would come in handy because it does get messy.

Unlike the Coney Island or Chicago-style hot dog, the Polish Boy doesn’t have an easily traced story – there isn’t even a debate between people trying to lay a claim to the original. Whoever was the first to dare to place a kielbasa in a bun layered with coleslaw, fries and BBQ sauce didn’t make a big deal about it. They freely gave this culinary gift to the “Dawg Pound” masses of the Cleveland Browns’ fanbase.

So, where and how did it start? Let’s use logic-based reasoning to connect the dots. First, look at the types of establishments found in Cleveland. The most common ones from 30 years ago are pizzerias, BBQ joints, polish diners and deli’s. Second, look at the staple ingredients that would be found in the restaurants and create a short list. Then cross-reference that list against what’s traditionally on a Polish Boy and eliminate. Finally, look at what type of menus the sandwich commonly turns up on today, which is mostly BBQ-based joints. Looking at all that, it’s an easy jump to say the Polish Boy was more than likely born in one of the local BBQ joints. A hungry cook in a rush most likely led to the odd combination, bringing together a meal of their favorite ingredients that they could eat quickly while still working, and voilà, a tasty regional specialty was born.

Even though there is mystery over the mad man or woman who created this, there is little room for interpretation of ingredients. A Polish Boy is built the same way anywhere you go in Cleveland.

**There is one slight spin-off of the Polish Boy, called the Polish Girl. It is the same sandwich with the addition of pulled smoked pork.

While Cleveland may not be the culinary center of the Midwest, it does have cultural and unique offerings we should pay attention to. Understanding the Polish Boy, what the key ingredients are and what role they each play in delivering this Cleveland classic, can help you build different culinary mash-ups that could be the next big thing.

Looking to strike gold with upcoming trends? Let Asenzya® help you explore and discover what your next culinary creation needs. To talk to one of our team members, please contact us at Asenzya.com.

The local standards where I did my field research include the following: