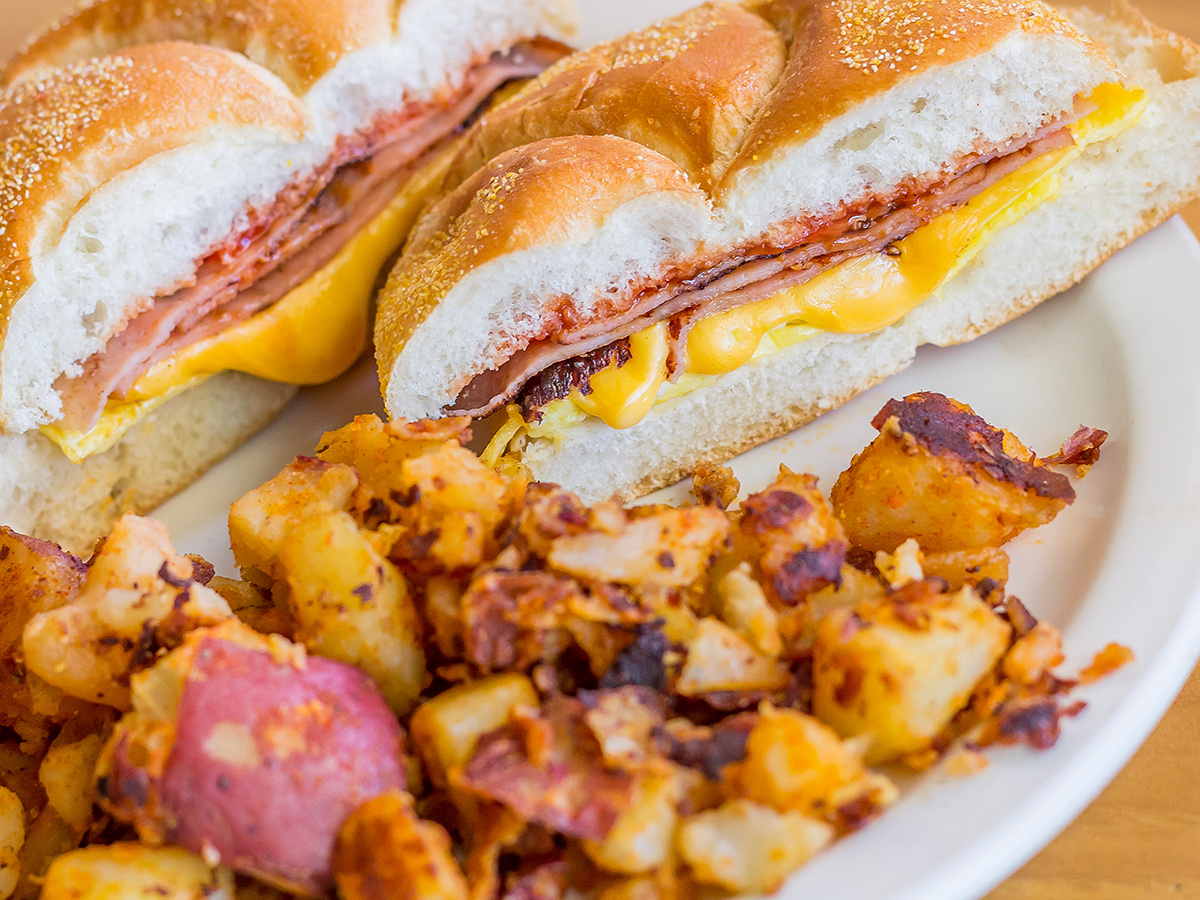 Taylor Ham, also known as a pork roll, is without a doubt a unique New Jersey specialty. Back in 1856, John Taylor invented the product in Trenton, New Jersey. Due to the quality and low cost, the product quickly became popular in the Tri-State area. “Taylor Ham” until in 1906, laws governing standards of identity forced them to rename it a “pork roll.” Even though the package’s name changed, New Jerseyans still refer to it affectionately as a “Taylor Ham.”

Pork rolls were originally developed to be a cost effective, easily sliced alternative to ham with an extended shelf life. But, possibly the most enduring feature of the pork roll may be the texture after cooking. It can take on two distinctly different characteristics depending on how it is cooked – when just lightly browned it can be similar to Canadian bacon, but when fried a little longer it’s crisp as bacon.

With a taste reminiscent of spiced ham and made from a filling that is not an emulsion or coarse ground, Taylor Ham feels like what you might get if bologna and Spam had a wild night at the butcher shop. No matter where you get your pork roll, you will notice a few constant characteristics:

Whether you call it a pork roll, weird or just Taylor ham, when done right it goes strictly by the name “delicious.” If you’re looking for something uniquely American to try, give the Taylor ham a look. It can be a great addition to many breakfast selections or as a less expensive alternative to bacon.

WHAT TO GET: Blanco – Taylor ham, gruyere, fontina, white cheddar and jalapeños.

NOTES: The Committed Pig offers it on a couple of burgers, but in reality, Taylor ham is a breakfast item. It actually has its own section on their brunch menu called “Pork roll & cheese.” This specialty section has eight items with pork roll and can be found on a few all-day items as well. The pork roll is cooked to a crispy state, and while it still tasted like the traditional Taylor ham, it had the texture of crispy bacon.

WHAT TO GET: Go off the menu – ask for a grilled cheese with Taylor ham.

NOTES: This is a little hole in the wall deli that specializes in sandwiches. Again, they had a whole breakfast sandwich section devoted to different Taylor ham and egg combinations. The deli cooks the pork roll a little less and so it took on a Canadian bacon texture but kept the distinct spiced ham flavor.

WHAT TO GET: The Taylor ham, egg & cheese sandwich with home fries in the sandwich, not on the side – you have to ask for it that way. I will agree with the sign; it is New Jersey’s BEST!

NOTES: The Taylor ham is lightly browned, which gave the sandwich a little more moisture. This sandwich was greasy and delicious – ordering it is a good way to start a day in New Jersey.

I would go out of my way and all the way back to this one!

While the debate around Taylor ham or pork roll continues in New Jersey, everyone can agree it’s a delicious addition to the breakfast sandwich. 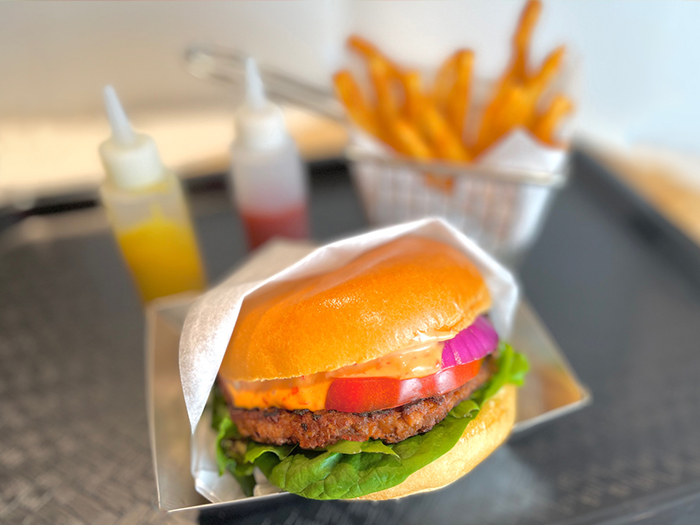 All About Meat Analogues